V4 Ministers of Finance met for the first time under the 2021/2022 Hungarian Presidency in Budapest. On the margins of the meeting, Mihály Varga and his Czech, Slovakian and Polish counterparts – Alena Schillerová, Igor Matovič and Tadeusz Kościński – signed a joint declaration on the re-launch of the V4 economies, including fiscal policies, cooperation in combating tax fraud and the support of families. 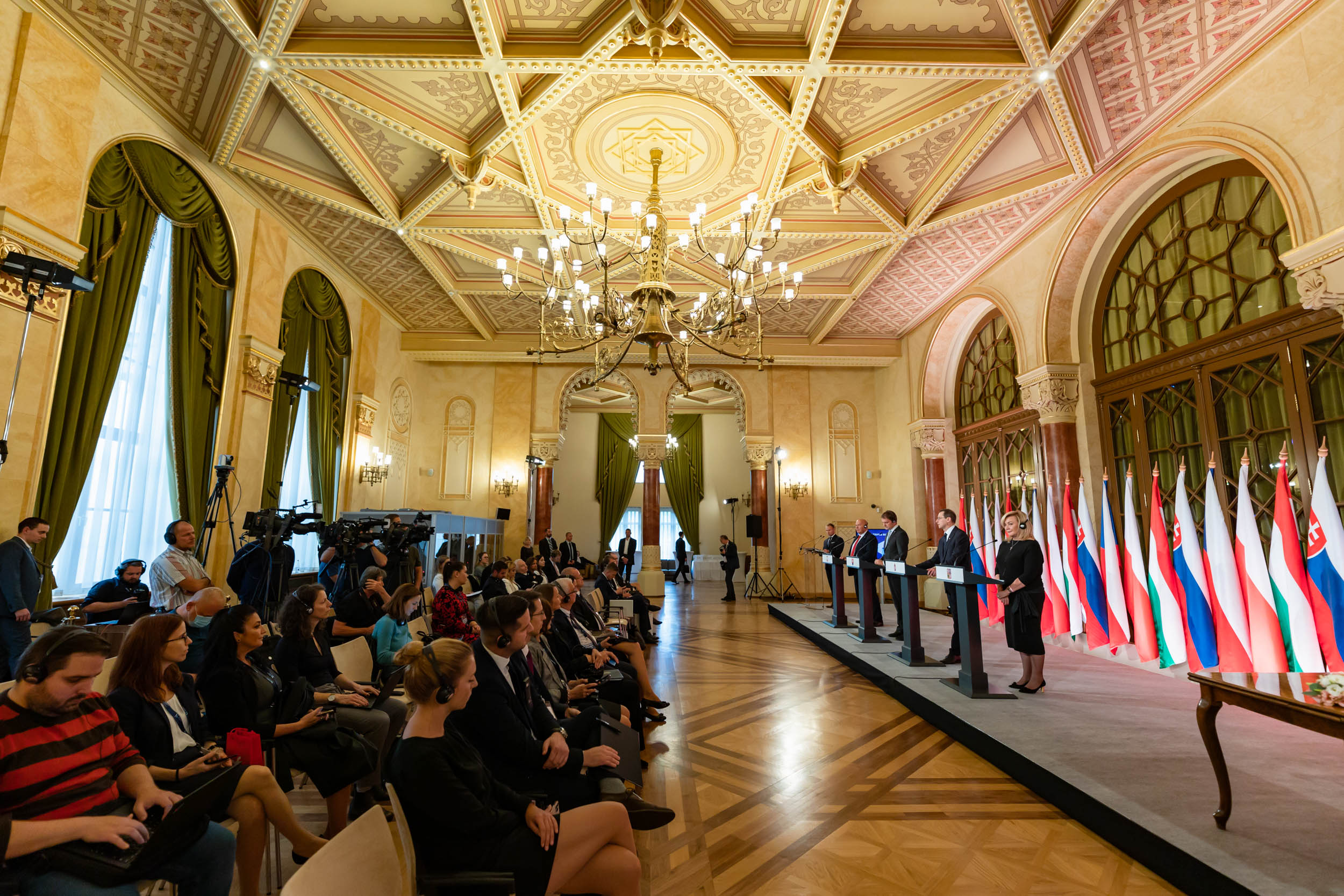 The Visegrád countries expect the European Union to play a greater role in strengthening its external borders in the face of the new wave of illegal immigration, Mihály Varga said at a press conference following the V4 Finance Ministers' Summit. The Hungarian finance minister noted that the economic strength of the Visegrad Group is becoming increasingly important in Europe, therefore the relaunch of the European economy cannot succeed without the stronger performance of the region.

The combined trade of the Visegrád countries with Germany is double the rate of the German-French trade, and three times greater than between Germany and Italy. Varga added that the economy of the Visegrád Group grew faster before the epidemic and performed better during the crisis than the EU average.

See our Gallery for photos of the event.