The first ever V4 Teqball Gala was held in Telki, Hungary on 6 November 2021. During the one-day tournament, hosted by the Hungarian V4 Presidency, athletes from the four Central European countries competed for the gold medal, the event also featured an inclusive para teqball exhibition.The aim of the Visegrad Group and thus of the Hungarian Presidency is to bring our societies closer together through the promotion of sports and healthy lifestyles. The V4 Bicycle Race in July, the Presidential Relay in October -organized jointly with the Slovenian EU Presidency- and the recent V4 Teqball Gala fit into this vision.

Foreign State Secretary, Tamás Menczer at the Teqball Gala emphasized that the V4 is now the strongest, most effective alliance within the European Union and sports diplomacy is an important part of strengthening relations between our countries. The long-term goal of the Hungarian inventors is to make Teqball an Olympic sport and the Ministry of Foreign Affairs and Trade of Hungary in cooperation with Teqball aims to contribute to the international reputation of the Hungarian sport invention.

Teqball is a Hungarian sport innovation and a multifunctional sport equipment combining the elements of football and table tennis, which has undergone a huge development in recent years and is becoming increasingly popular among both able-bodied and para-athletes all over the world. 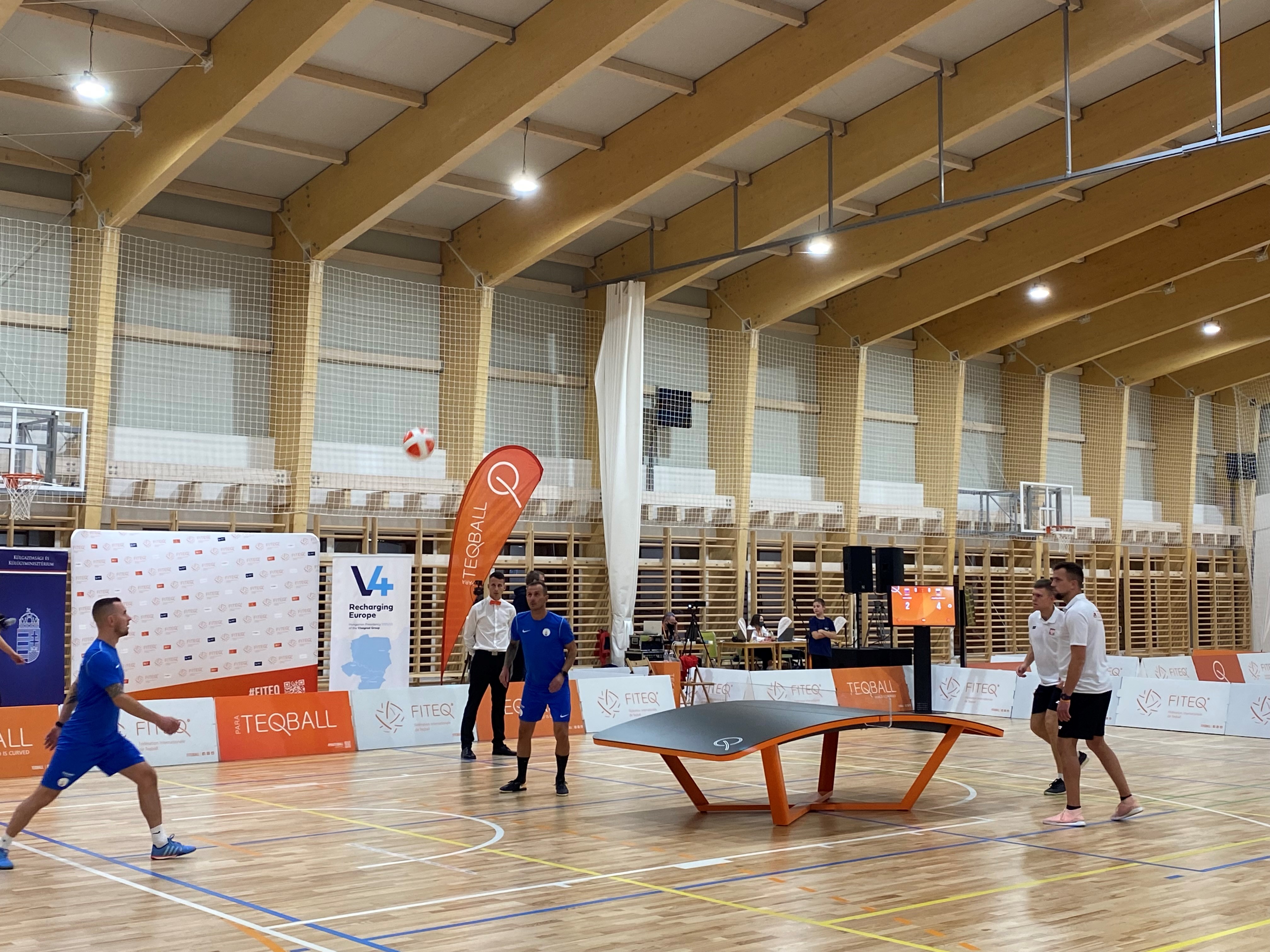